On Sundays in Granada, nearly everything shuts down.  It’s the day off for small shop owners, and there’s a law dictating that big businesses close as well to preserve the small shop industry within the city.  That left us with a day off, no plans, and not a lot of options.

Sitting around felt like a waste of a day when I think about the fact that I fly home in 97 days, so my friends and I decided to spend our afternoon walking through the Albaicín, the old Moorish district in Granada.  And boy, am I glad we did.

We had the opportunity to come through the Albaicín earlier this week, but it was so hot and we were in a giant tour group, so the ability to fully appreciate the hidden beauty was a little more difficult.  On Sunday, it was just us, going at our own pace, not having to wait on anyone else and meander as we pleased.

At this point in the day, the temperature was hovering around 90 degrees, but the further we got into the Albaicín, the more we were surrounded by shade, and the more we cooled down.

Each alleyway that we ventured down featured something entirely different, a row of houses, a view of the city of Granada, old shops, and I’m sure so much else that we didn’t get to see. Every single part of the Albaicín was photogenic with the white walls and vines hanging over the walls.  It’s beautiful!! I can’t wait until I can go back and explore some more. 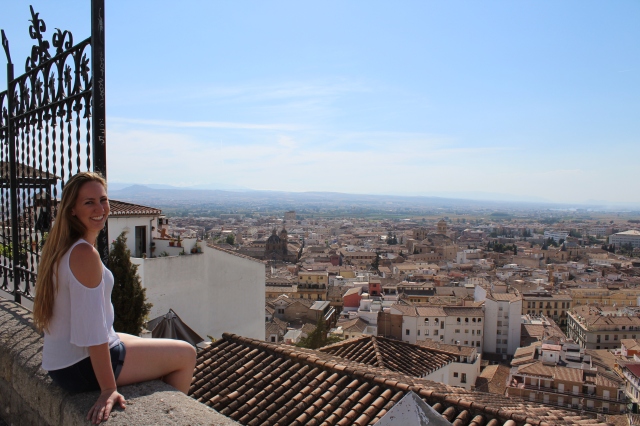 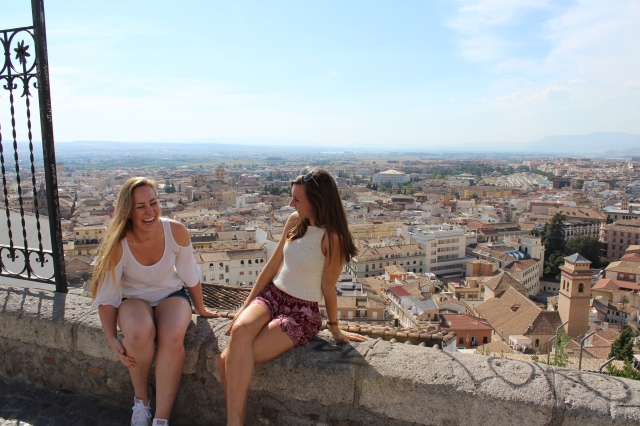 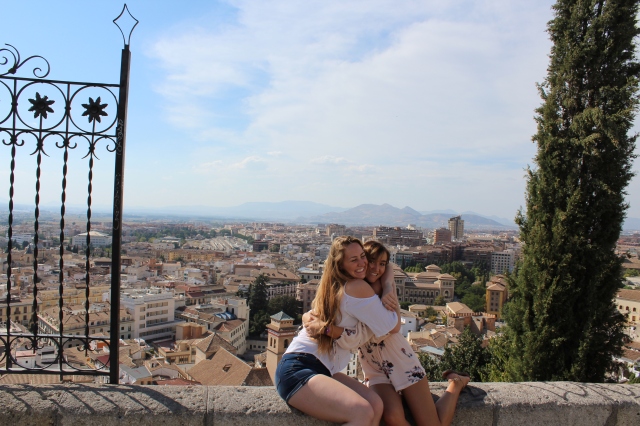 In the Albaicín, if you’re going down, you’re going out (and back into Granada) and if you’re going up, you come across this view! Both times I’ve visited the Albaicín, we’ve stopped at this viewpoint and just ogled at the fact that this is where we live now. I’m awestruck every time. It’s incredible and breathtaking.  But we’re not even all the way up at this point.

The Albaicín plateaus into Plaza San Miguel, and some history for you- this plaza was actually bombed in WWII and that statue of Jesus was blown to pieces, recollected, and put completely back together by the Albaicineros. Talk about teamwork.  Today this plaza is home to several tapas bars, and if you turn and walk just slightly downhill you get this view: 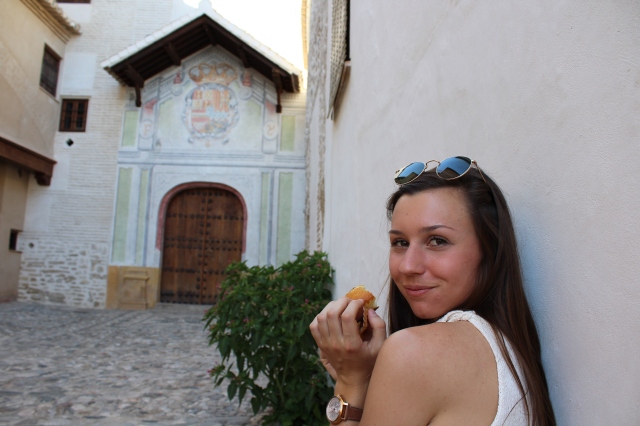 Okay now for the cherry on top of this amazing day in the Albaicín.  In the Monasterio Santa Isabel la Real, you can knock on this door to receive pastries from a nun.  The experience was super surreal and medieval since we couldn’t see the nuns behind the door and there was legitimate chain that she pulled in order to shut the door again from the outside.

And then, as if that wasn’t surreal enough, the pastries were on a revolving table and we had to take the muffins or the cookies that we wanted and then leave the payment, and the nun would turn the table to collect the money! And then she closed the door.  I couldn’t even wrap my mind around what happened as it happened because it was so different from anything that had ever happened to me in my entire life.

I could’ve had a lazy Sunday. I could’ve decided I didn’t want to deal with the heat. I could’ve had any sort of negative attitude.  But I don’t want to waste any second of my limited time here in Granada, and days like this remind me why I should go a little out of my comfort zone.

One thing’s for certain, though: it’s all smiles here in Granada.

This weekend I’m heading to Portugal for a beach getaway and I’m super excited to start traveling around Europe.