This weekend I went to Portugal for the first time! It was such an amazing experience and I’m so glad I got to go with all the new friends I’ve made since I’ve been in Spain.

Here’s a run down of my three days in Lagos, Portugal, complete with awesome grottos, cliffside sunsets, and lots of sunshine. 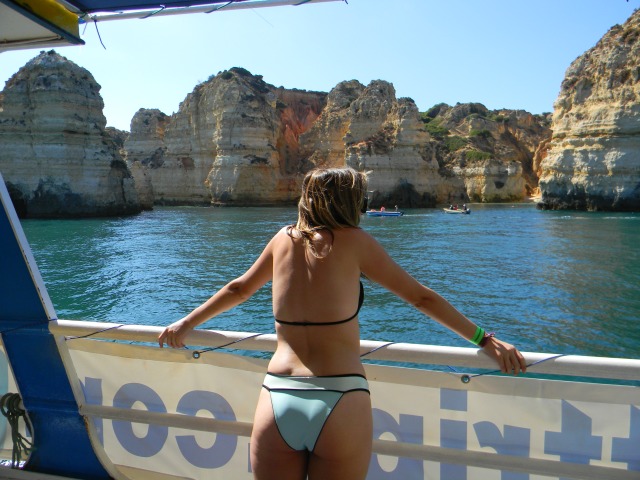 My Friday started at 5 in the morning when I had to wake up in order to make the 6:30 bus.  We then got on a bus for 6 and a half hours to get from Granada to Lagos, which is not nearly as bad as the other half of the bus who had to come all the way from Valencia to pick us up, making their trip last 12 hours before they arrived. It was insane and a little miserable, but the rest of the day definitely made it worth it.

Right off the bus we went to get ready to go on a “Sangria Cruise,” one of the excursions on this trip.  All 50-something of us got on this boat and danced and laid out in the sun, drank some of the worst sangria I’ve tried thus far, and took a tour of the grottos.  Words don’t well enough explain the giant rock formations but they’re gigantic and beautiful.  After we toured the grottos, everyone took turns jumping off the boat and into the ocean, which was inarguably my favorite part, since the one thing I’ve missed since coming to Spain has been the easily accessible beaches.  The water in Lagos is supposedly a mixture of the Atlantic Ocean and the Mediterranean Sea, so it was a little chilly, uber salty, and a whole lot of fun.

Day 2: Kayaking and the End of the World 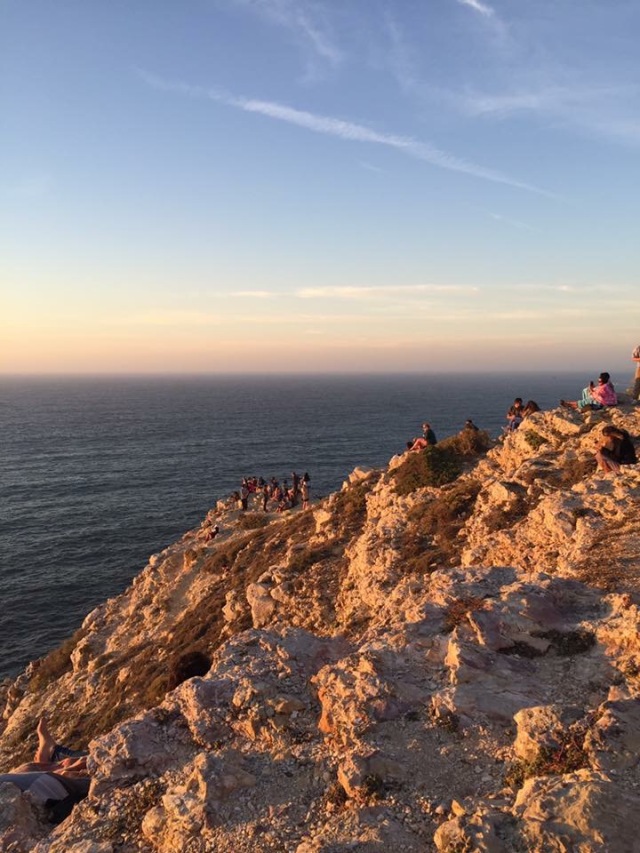 Do I regret not bringing my nice camera? Yeah… Was it the smart decision? Absolutely.  I know that if I had brought my camera or my phone with me on the kayaking excursion, it would have somehow ended up in the ocean! As a result, I don’t have many pictures, but I have all my memories, and I’m just fine with that.

The second day started with a kayaking tour along the coast, followed by some snorkeling on a mostly-private beach.

After the world’s most perfect beach day, we all hopped on another bus and drove to the West Coast to watch the sunset at the place that was once thought to be the End of the World until Columbus sailed the ocean blue.  Sitting cliffside with my friends as the wind attacked us and the waves crashed and the sun set over the horizon was the cherry on top of a perfect day, and an experience that I’ll never forget.  I know that at some point in my life, I want to make it back to this spot and relive the experience and these feelings again. 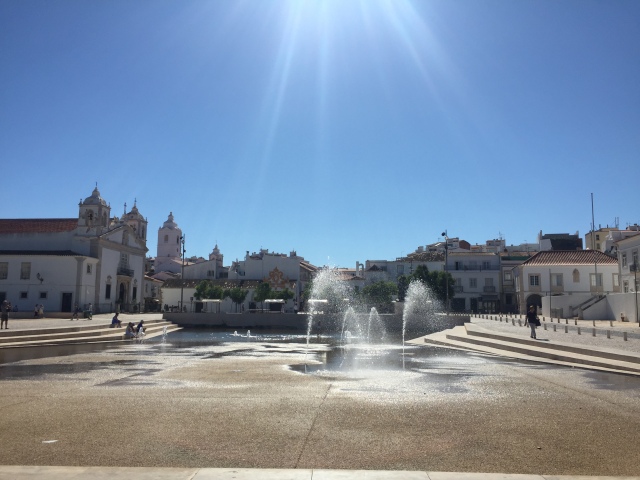 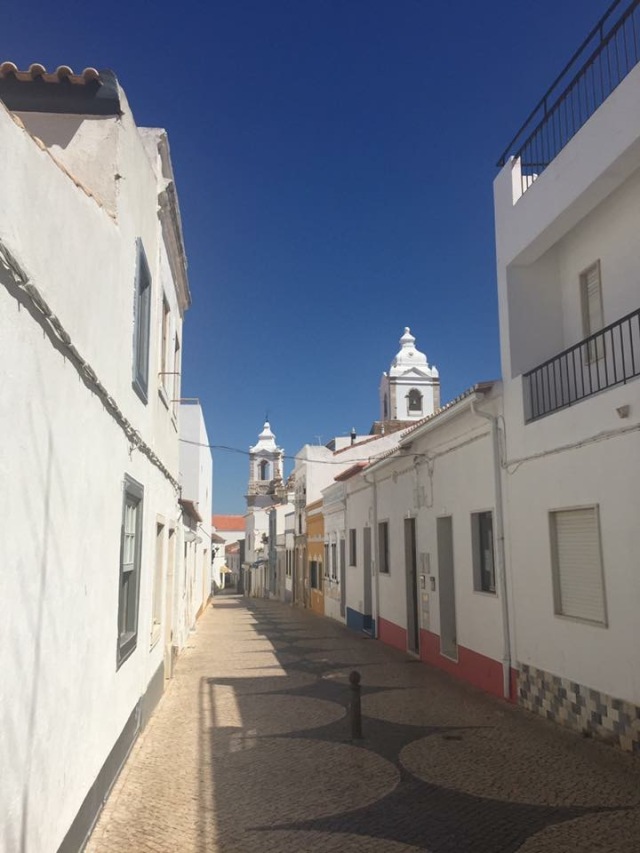 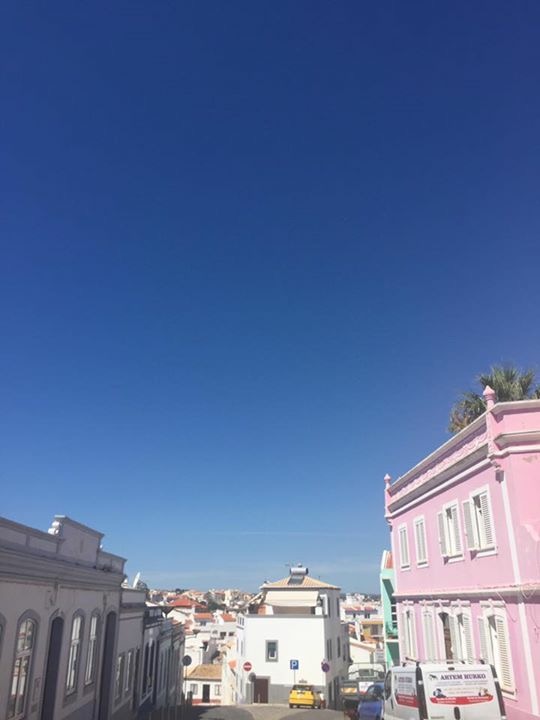 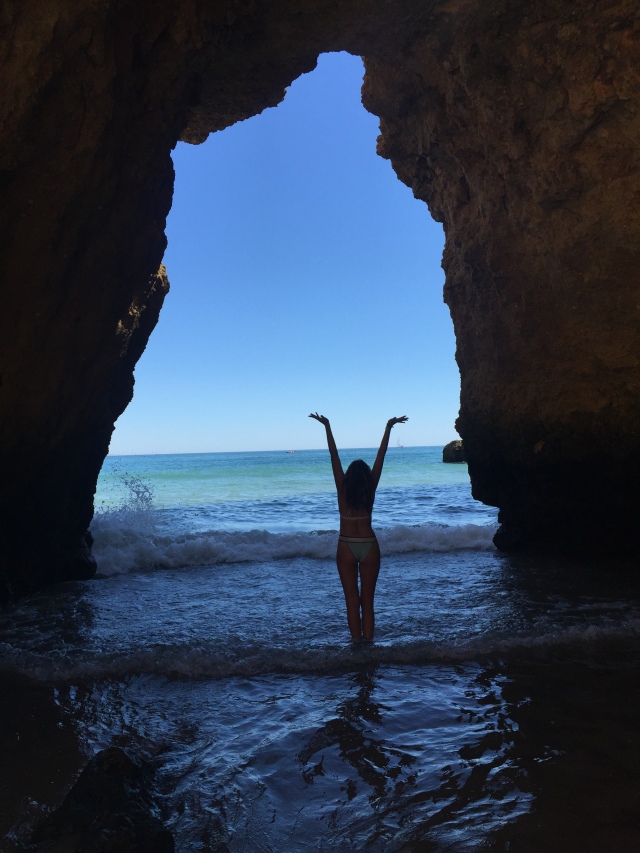 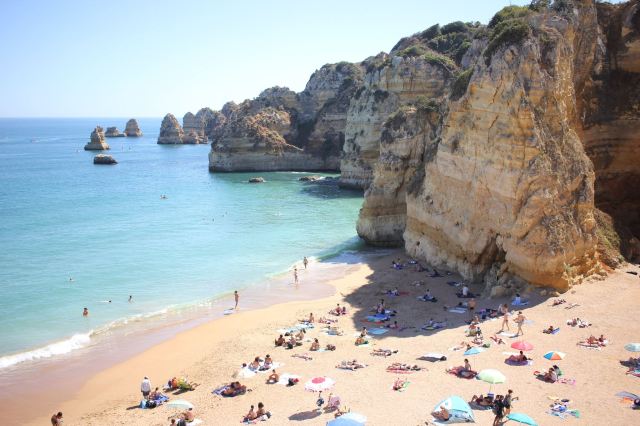 The last day in Lagos brought about a lot of relaxing, a little bit of exploring and the loss of my favorite jacket (R.I.P.)…

We started the morning off with a dip in the ocean and a few hours in the sun.  Maddie and I explored the caves near us (which were surreal and beautiful, as expected), and after that, we headed into town.

Lagos is a small beach town, with a marina, and a cute downtown with all sorts of buildings and restaurants.  The southern California girl in me rejoiced when we ate lunch at a Mexican restaurant because I cannot even begin to explain to you how much I missed rice and beans!! I’m currently on the hunt for a good place in Granada and I’ll keep you updated on how that goes, but at least my 3 week withdrawal period came to an end!

After a little bit of exploration, we hopped on the bus and made the 6-and-a-half hour drive back home, arriving in Granada just before 1 a.m., when I realized I’d lost my jacket.  I’m amazed I’d made it this long without losing something, but it’s still hard to deal with… 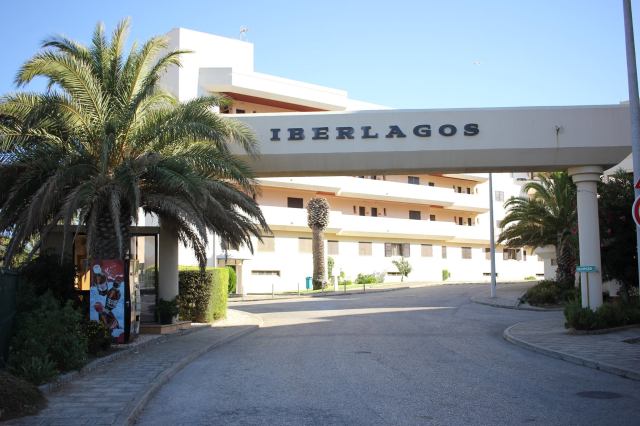 For 139 euros, my hotel expectations were low.  But man, was that hotel way more than I’d expected.  5 of us shared an apartment style room, with 2 bedrooms, 2 bathrooms, and a full kitchen.  Our balcony had way more of an ocean view than I could have predicted, and we were less than a 5 minute walk from the ocean.

The beaches and the weather and all the food made me feel like I was back home, which added even more to the experience, since I had begun feeling a little homesick.  Lagos made me feel like I’d gone from Newport Beach, to Malibu, to Big Sur in just one weekend, and I think that was just what I needed.

I’m really glad I made the last-minute decision to sign up for this trip.  This little beach town in Portugal made for a weekend of amazing memories, and it made me only more excited for just how much more traveling I have in store for me.

This weekend, the AIFS group and I are heading to Costa del Sol in Nerja, so check back for pictures from that trip!