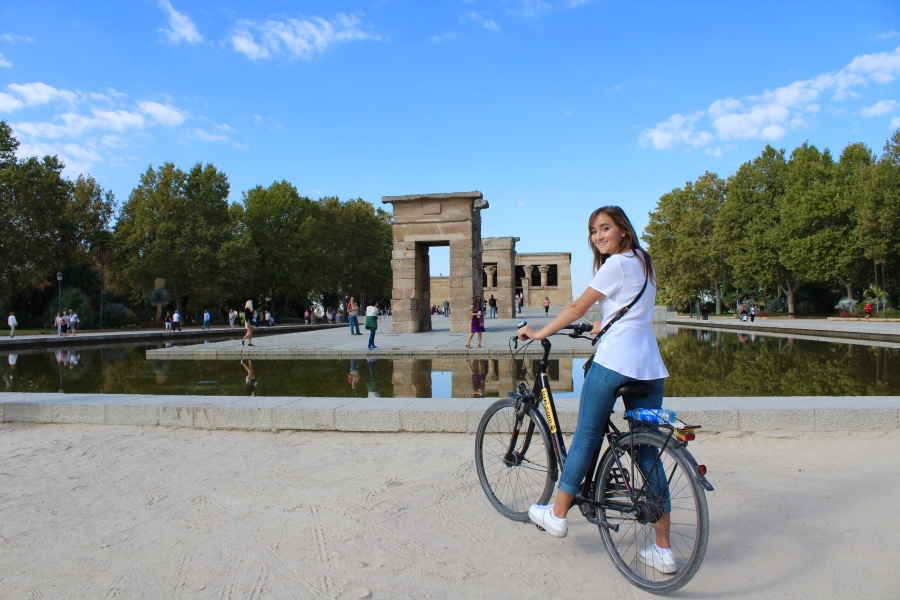 When I was told we were going on a bike tour through Madrid’s city center, my thought was “lol… no…” Riding a bike through the capital of Spain in the middle of the day seemed like a death wish for someone who hasn’t ridden a bike in 6 years.

Until I found out it was National Cycling Day in Spain.

Which meant that there were no cars allowed to drive through city center.

Aside from that, I think seeing a city by bike is amazing, it’s a great way to see the city efficiently, it’s faster than walking, but better than taking a tour bus because we were able to stop and spend time at all the notable viewpoints.

Below I’ve got pictures from all the highlights of the day! 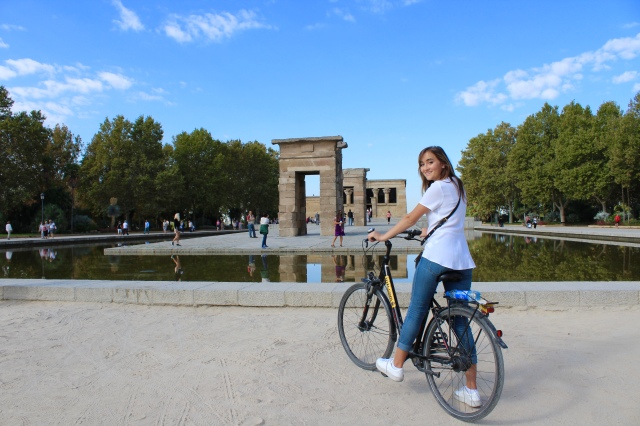 Located in West Park, this old Egyptian temple was donated to Madrid in order to preserve its historic significance.  It was built in 2 B.C. and dedicated to the goddess Isis. 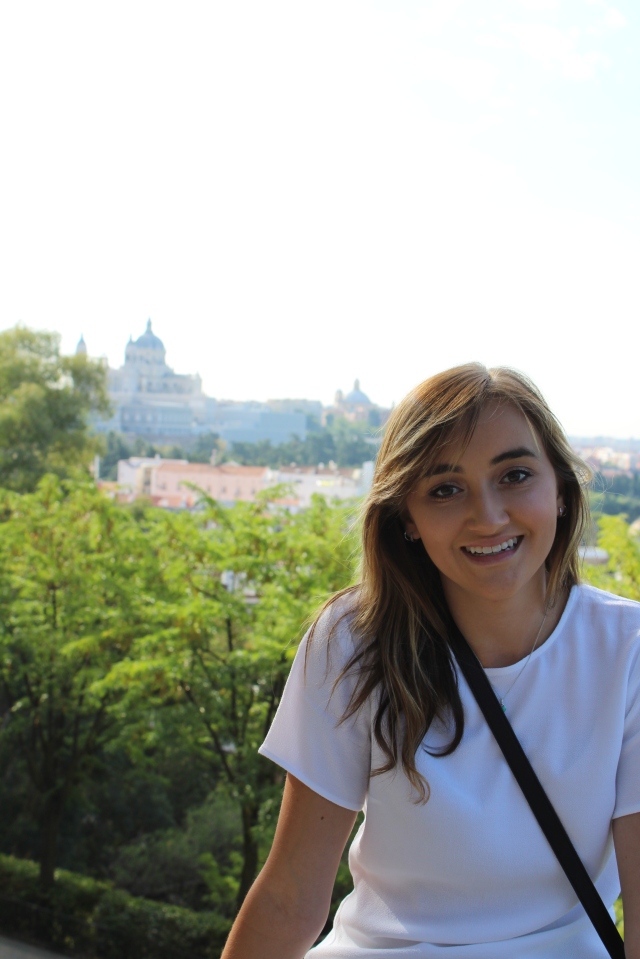 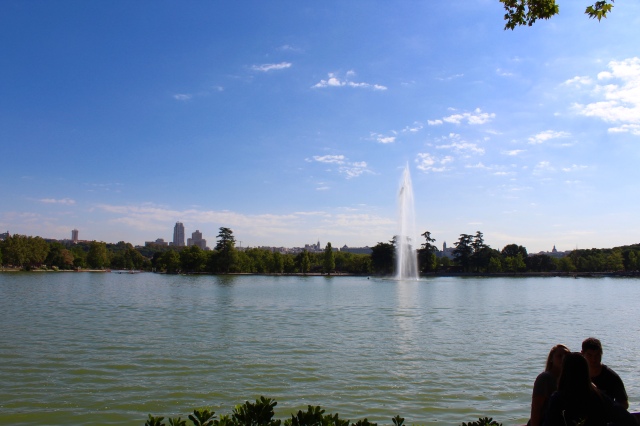 From several points in West Park, we got to see different panoramic views of the city, with Royal palaces, skyscrapers, and forests taking up space as far as the eye can see. 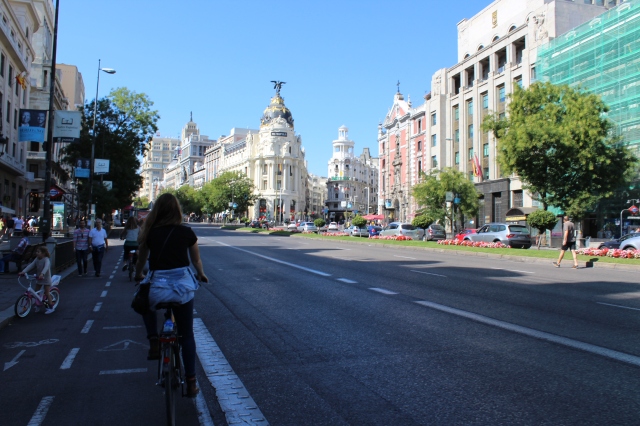 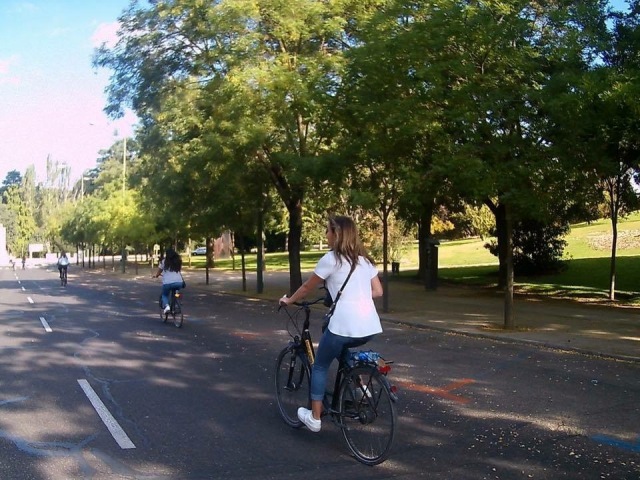 Riding through city center is really what made this tour so amazing.  The day before, Maddie and I had tried getting pictures in city centre, but it’s so hard when there’s so much traffic and cars in the way. With no cars in the picture, we got to ride alongside thousands of other cyclists, and get up close and personal with so many of the monuments. It was insane and something I’ll probably remember forever. I’m so glad we came to Madrid this weekend, because I can’t imagine doing this any other way. It was certainly a once in a lifetime experience for me.

Madrid has been pushing to be a site for the Olympic games, so we rode through what would be the Olympic village, should Madrid ever get the bid. 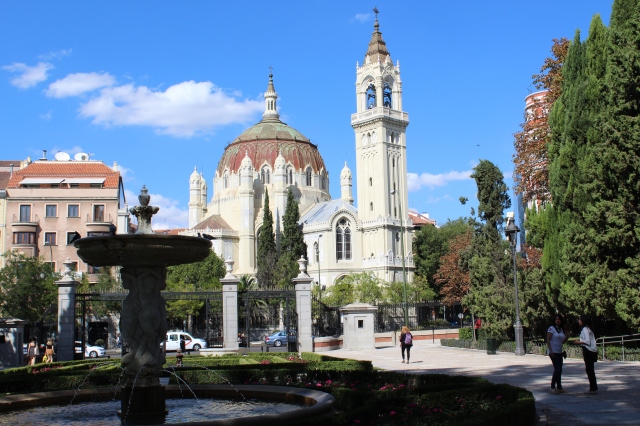 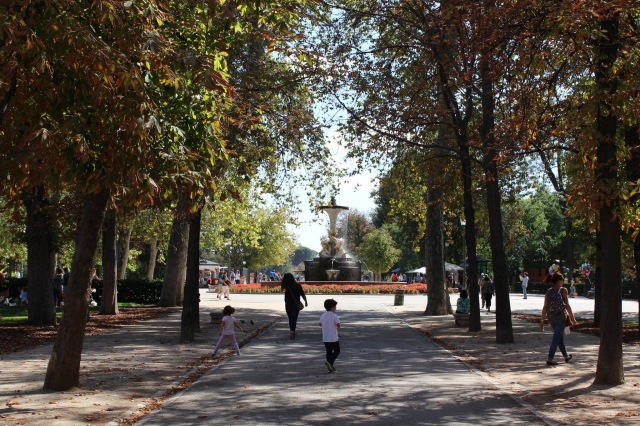 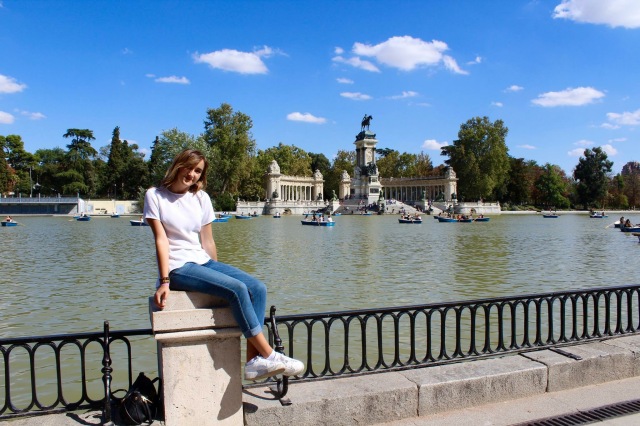 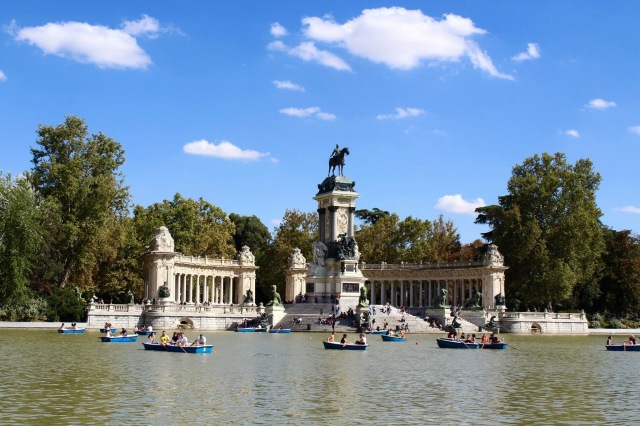 Last but not least, after parking our bikes, Maddie and I headed to Parque de Retiro, a site we didn’t have time to visit on the bike tour. It’s a real shame more people from the program didn’t get to see this beautiful park, with it’s giant lake, monument dedicated to Alfonso XII, and abundance of fountains.  Comparable to Central Park in New York, it’s a nice reprieve from the hustle and bustle of the city, and a great way to end our time in Madrid.

This is one city that is definitely on my list of places to visit again, two days just wasn’t enough!